The Primarch Konrad Curze, the Nighthaunter stalks the the corridors of the Dark Angel Flagship the Invincible Reason. Looking for prey in an attempt to cause havoc amongst the 1st legion as they attempt to fight back the traitor legions and establish connections with the beleaguered loyalist forces of Terra. 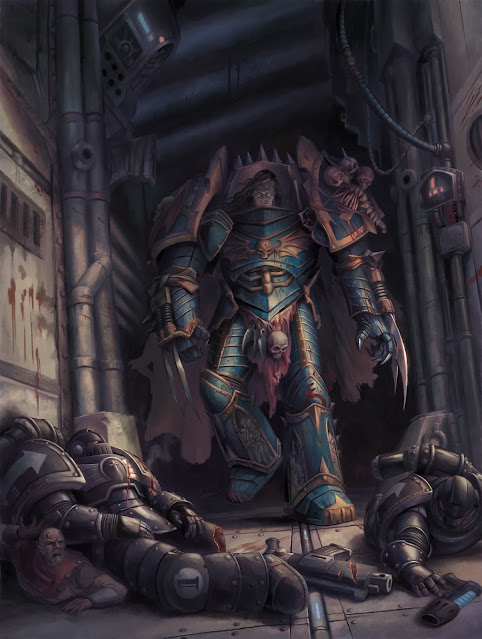 Posted by Jeff_Porter at 4:11 PM No comments:

Sorry I skipped my 2020 annual post so I will make up for it with an extra Primarchs. Below is the new Konrad Curze I am working on, I wasn't happy with the original, so I had this idea bouncing around my head. Its the time frame from where the Night Haunter was roaming the corridors of the Invincible Reason killing unfortunate Dark Angels. Colors coming soon (I Promise) 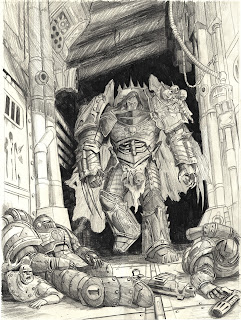 This was a Horus one I did that takes place on the Davin Moon where the plague ship is before he goes bad. 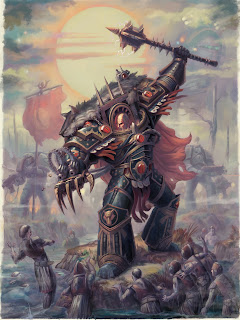 Posted by Jeff_Porter at 8:27 PM No comments:

Its that time again for me to post something. Not a Primarch but here is a drawing for the Invincible Reason the flagship of Dark angels. Hopefully I will be laying the colors down on this later this week. 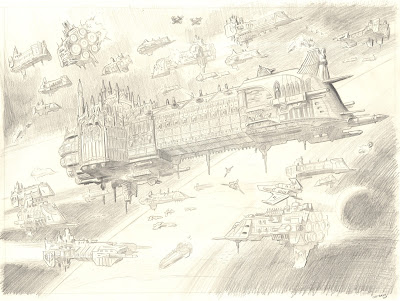 Just doing my annual post on here, wanted to announce the launch of my etsy print page!
https://www.etsy.com/shop/PortersIllustration?ref=seller-platform-mcnav
Still getting it all set up but its slowly getting there, thanks for checking it out. 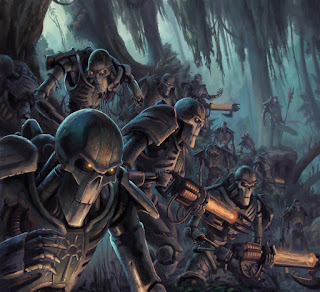 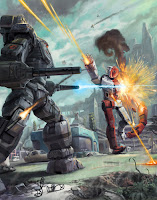 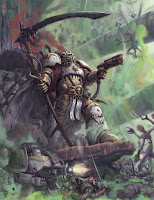 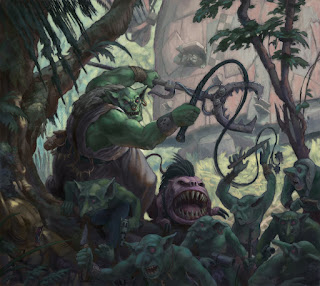 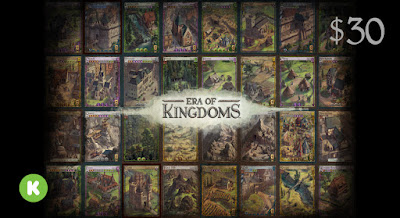 Sorry for neglecting the blog for so long, I’ve been hard at work on the latest Kickstarter game, Era of Kingdoms! We just went live and it is now available.Above are the land cards and you can check out more art over on the Kickstarter page.
https://goo.gl/7R9w3F
I will try and post more project updates as I get them done (I still have a lot to do). 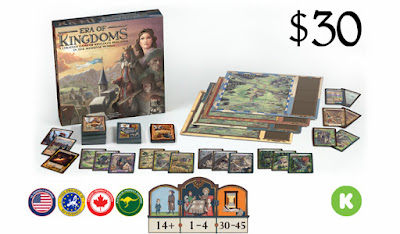 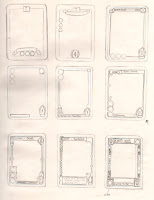 These are the first steps in the process in finalizing the designs for the card front and back layout. This process is much more complicated than any I have done in the past because there are so many different icons and text. The initial idea was to make each card like a small page from an illuminated manuscript but yet make them similar enough so they seemed like a cohesive set. 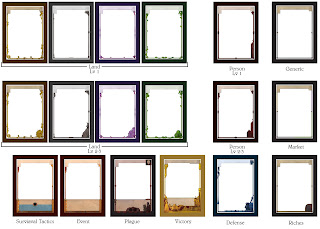 This is just the first stage the second addition will be done in indesign where interchangeable parts will be added to the layout to give them all there own unique game characteristics. Hopefully this process should work smoothly as most of the geometry is already laid out from starting the overall design off very simple and doing months of play-testing to get feedback.

Below are the steps to creating the card backs from the initial sketches to the final polished art. I wanted there to be a similarity and a sense of improvement in the quality of the card as you progressed in the game. 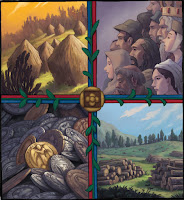 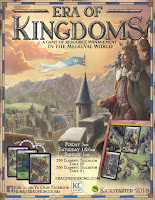 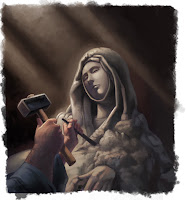 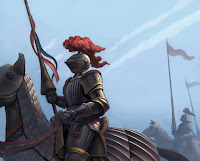